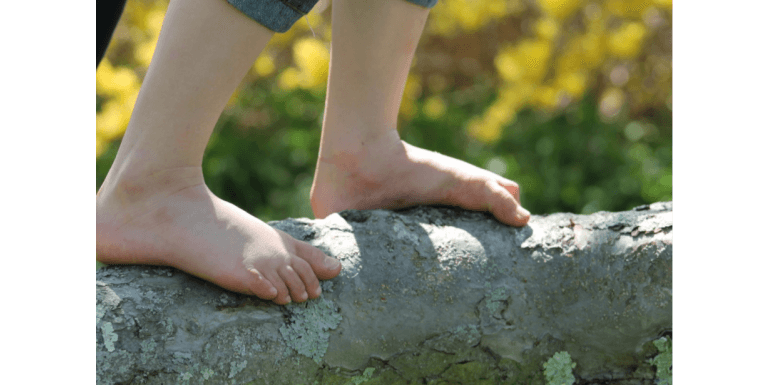 The minimalist footwear is one that tries to interfere as little as possible in the innate movements of the foot, freeing it from artificial supports and respecting its anatomical shape as much as possible to achieve a tread as natural as possible when walking or running, as we would if we were barefoot.

Human beings are bipedal, our feet support the weight of the whole body for hours and are generally the most abused part.

It is important that we are aware of the importance of the feet, not only as sustenance but also as an essential basis to maintain the proper functioning of other joints and avoid problems or injuries derived from a bad footprint, for example.

Until a few years ago, minimalist footwear did not have specific characteristics that determined it as such.

With this objective in mind, a test was developed to determine the degree of minimalism of a certain footwear and a definition could be specified based on specific parameters (1).

The characteristics that a footwear must have to be considered within the minimalist category are:

- Flexibility so that there is no interference with the natural movement of the foot and allows free movement.

- “Zero Drop”, little or no inclination between the tip and the heel, that is, the sole should be almost flat and of little thickness, which will also favor a greater sensitivity with respect to the ground.

- Wide toe box, so that it does not exert any pressure on the fingers.

Taking into account the concepts specified above, it is possible to differentiate different types of footwear:

- Conventional footwear, which provides the foot with a greater drop, more support and also cushioning.

- Intermediate footwear, which due to its characteristics is between conventional footwear and minimalist footwear.

- Minimalist footwear, which respects the anatomy and freedom of movement of a barefoot, as we will see below when knowing its particularities in detail.

- The minimalist sandals, which are inspired by the style of the Tarahumara tribe, are famous for their characteristic rubber sandals and leather straps called huaraches that they themselves manufacture.

Another term that gains importance in relation to feet is "barefoot", which is defined as "the fact of not wearing shoes" (Collins English Dictionary, nd), an aspiration that aims to minimalist footwear in terms of sensations and movements, so it is common to use the English word to refer to this type of footwear.

At Nummulit we manufacture minimalist casual and sporty style footwear. We invite you to consult our catalog at www.nummulit.com.

The use of footwear began thousands of years with the sole function of protecting the feet by covering them.

It was minimalist footwear made up solely of leather or bark and with the only support of some tied strings, that is to say, very different from what we know today as conventional footwear. It was not until the early nineteenth century that there are signs of the first “sports” shoes, to which rubber was added to make them more durable, and almost 100 years later the first running shoes were created by adding studs to the sole with the intended to provide better ground grip and traction. As we can see, originally, footwear was not designed with so many gadgets or ornaments, it was only a way to protect the feet.

The human species has been racing for more than two million years, even to hunt or to survive. And, if our genetics haven't changed, why should footwear?

Our feet, as Leonardo da Vinci said, are a piece of engineering and their bones, joints, muscles and nerve endings are prepared for their functions.

Minimalist footwear is lighter than conventional footwear, so it represents energy savings for our body and causes less chafing, as it also avoids any type of friction or pressure on the limb.

This type of footwear strengthens the foot and leg and, as it does not have cushioning or insoles with reinforcements, it is more stable and prevents damage from twisting, for example.

The cushioning of certain shoes may make them more comfortable, but not necessarily more convenient for the health of our feet.

On the other hand, the elevation in the part of the heel causes the Achilles tendon to shorten, taking the weight of the body towards the fingers and causing bad postures that overload the pelvis and various areas of the back such as the lumbar or the neck.

The feet suffer numerous ailments today, related to shoes and the solution offered to remedy them is usually the insoles.

But these do not correct the root of the problem, since the atrophy of the bones and/or muscles of our feet are due to the use of the wrong footwear.

In addition, conventional footwear is usually narrow at the tip, which causes deformities in the fingers that are very frequent and painful. The use of conventional footwear, due to its elevation in the soles and heels above all, affects the plantar fascia and reduces the range of motion of the ankle, which favors the wear of joints, muscles and bones, in addition to altering the body posture when walking or running, affecting especially the knees, hips and back.

In conclusion, the benefits of the regular use of minimalist footwear are very numerous: it strengthens the muscles of the feet and legs, improves balance and reduces general tension. All these thanks to the feeling of freedom generated by walking with this type of footwear and the possibility of feeling with greater precision the surfaces that are stepped on.