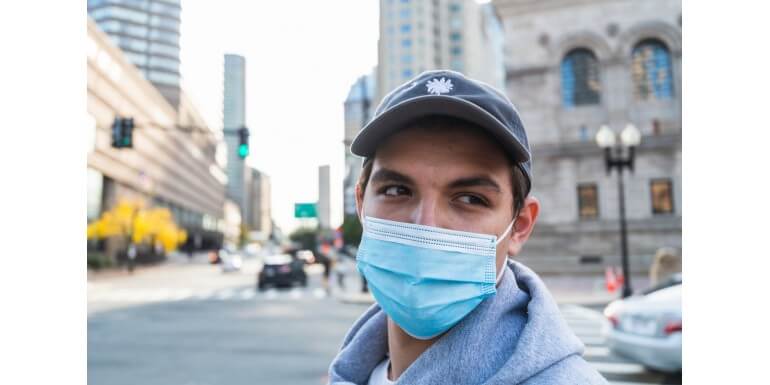 The pandemic caused by Covid-19 and the confinement to which we have been forced as a result of it, has changed many things in our daily lives, our routines and our social relationships.

The restrictions on mobility and interaction with other people not living together are both consequence and effect, and undoubtedly have affected all areas of our life, including our behavior, health and perception of the world in general.

Confinement has been an essential measure to face the pandemic, try to stop the contagion and save lives, but practically a year later it can be said that it has had a negative impact on the world society as a whole and on people in particular, whose effects have already been the object of study and research.

The consequences of confinement interfere broadly with the quality of life of all people but specifically affect in 3 areas: mental health, health physics and economics.

The psychological impact that confinement has produced is closely related to the isolation to which we have been forced.

Human beings are a social species and interaction with others is a fundamental part of our life, since our brain is prepared for it and suffers when it is deprived of such relationships.

The pandemic has taught us that we live in community, in constant interaction, and that the action of one individual has an impact on others.

This has also motivated something positive, the development of empathy towards others: increase in the number of volunteers, spontaneous help in the neighborhood, the applause of the 20:00 hours to the health personnel, etc.

Focusing on the negative, mental health is the key element that has been most affected as a result of the pandemic, not only by changes in lifestyle, but by fear itself to the disease, due to the uncertainty, due to the impact of the numbers of infected and deceased, etc.

The Covid-19 pandemic has caused an excessive daily overinformation of alarming news that caused fear, loneliness and threat.

In general terms, society has experienced increased levels of stress, feelings of anxiety and depression, and a greater frequency of episodes of irritability, frustration, worry, sadness or discomfort.

There are many ways of dealing with confinement, but in all cases it has meant having to leave our comfort zone and adapt to new circumstances.

The first fundamental change has been loss of freedom; This in itself is already a negative factor, but we must add to it the awareness that this deprivation occurs because there is a serious risk to our health, a risk that also affects mentally.

We have found ourselves in a dilemma between the desire to return to normality and the epidemiological risk that we know exists.

On the other hand, the confinement and subsequently the restrictive measures that have been applied generate certain frustration, uncertainty and demoralization, because it is not possible to establish a limit in the calendar or visualize a real end or next for this situation and this is much more traumatic.

One of the most affected sectors of society has been the elderly.

They are the most vulnerable to the virus, so they must be the most careful to avoid contagion.

This generates more fear and at the same time favors greater isolation motivated by that fear and by the measures applied in the de-escalation, which were much more restrictive with the elderly, especially with those who lived in residences.

Home confinement, with the only possibility of going out for essential activities and limited hours have forced us to change our lifestyle and have completely altered our biological rhythm.

Work, social and personal routines, are necessary for our body and lack of control, added to stress levels and lack of freedom, affects us in every way.

One of the direct consequences of physical inactivity is disturbed sleep patterns, since very often people have experienced problems sleeping, insomnia or daytime sleepiness.

Poor quality of sleep leads to other problems such as physical exhaustion, poor performance or chronic fatigue.

Once again, the elderly have been the most affected, as the lack of socialization and stimulation have led to an increase in cognitive decline.

In the same way, their mobility and muscular, joint and cardiovascular pathologies have been affected by the reduction of physical activity.

The pandemic, and the confinement derived from it, have led to drastic changes in labor activity, and consequently in the world economy.

These changes have been basically two: the cessation of work activity and "teleworking".

On the basis that it is not possible to carry out all activities from home, there have been many people who have lost their jobs or have had to close their businesses.

Since the State of Alarm, one of the main concerns of society has been the economy in general, the lack of job expectations and the fear of a global crisis, the effects of which will be they will see for years to come.

On the other hand, "ERTES" and “telework” lead to other complicated situations such as boredom and sedentary lifestyle, in those people who have had to interrupt their activity or, on the contrary, in cases of "telework", difficulty in telematic tasks, absence of colleagues to lean on, a greater workload and responsibilities, etc.

The fact of not having to travel to the workplace can be seen as a positive aspect, but it is linked to the absence of routines to which we referred previously, with the consequent problems in which this can be derived.