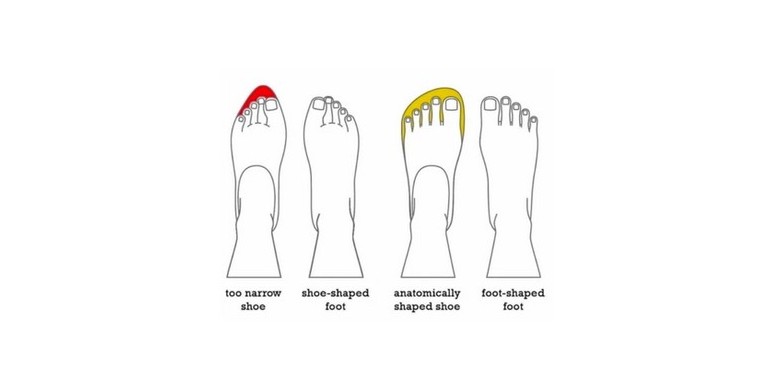 It is a very frequent affectation in Western society. In recent years its prevalence has been studied, and a meta-analysis (grouping of many scientific studies) has recently described that among the population of 18-65 years appears in 23%, almost 1 in 4, and among the population over 65 years it presents an incidence of 36%, more than 1 in 3.

This meta-analysis also states that women are more affected than men. (1)

On the other hand, it is described that it is the most common deformity of the forefoot and that it has high clinical relevance, since it causes pain and limits people's daily life. (2)

Regarding the origin of the pathology, science exposes a series of factors that contribute to the development of hallux valgus. As intrinsic factors (specific to each person) it presents the width of the foot, hyperlaxity of the ligaments and/or flat feet among the main ones. In no case does it call for genetics, since no gene has been found that codes for hallux valgus. As an extrinsic factor, footwear stands out above other factors such as fashion, culture or the type of work. The authors emphasize extrinsic factors as more determinant than intrinsic ones.

Once these scientific data have been presented, it can be affirmed that in our culture footwear is a modeling element of our physique. By footwear I mean shoes that are narrow toebox and do not respect the anatomy of the big toe. To respect the anatomy of the foot -and avoid hallux valgus among other pathologies- the shoe should be wide enough at the toe to maintain the natural alignment of the big toe.

This type of footwear in our culture symbolizes economic status or «beauty», since brands related to high purchasing power or elegance -and with a lot of weight in Western society- use this morphology of footwear. This fact creates a trend that conditions other brands to follow a shoe pattern with a narrow toebox to obtain sales and profits. 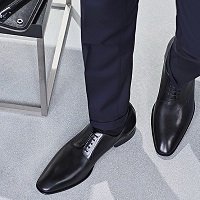 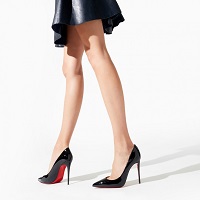 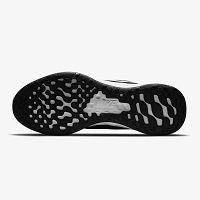 If we take a look at neighboring cultures, we observe how through other elements, typical of each culture, they model the human physiognomy with the same search for economic status and beauty. We highlight:

- Lotus feet or foot binding took place in ancient China and consisted of applying a bandage to the feet of young girls to prevent their natural growth, it was a symbol of beauty and cultural status of the time. 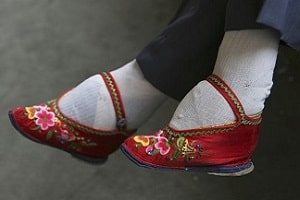 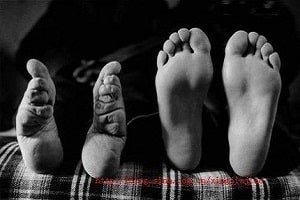 Consequences in the form of deformations of the "lotus feet".UBC Wiki

-"Padaung" or "giraffe women" is a current practice with more than 2,000 years of history suffered by women of the Kayan ethnic group and consists of placing metal rings on the neck since they are little causing a deformation of the neck and trapezius, the origin of the practice is not fully known but it is related to beauty and economic status. 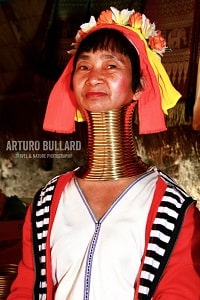 - "Surma women". The Surma women live in southeastern Ethiopia and belong to the Suri tribe. Currently, they maintain an ancient practice that consists of removing four lower teeth, splitting the lip, and embedding wooden or clay dishes with the aim of increasing its beauty.

Photo of a Surma woman.Rod Waddington

Our culture does not adopt these mentioned practices and therefore these deformations do not appear. Other cultures have not adopted the practice of using footwear with the narrow toe characteristic as an element of beauty and therefore do not suffer its consequences, mainly hallux valgus.

We highlight the Tarahumara community, located in northeastern Mexico. This community is also called "the runners on foot" or "those with light feet" since during their day-to-day they cover great distances. They move mostly barefoot or using "huaraches" (locally made sandals that respect the anatomy of the foot). 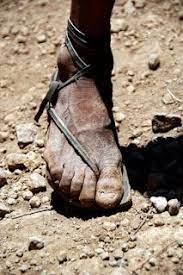 On the Tarahumara, it is very interesting to read the article by Daniel E.Lieberman, Strike type variation among Tarahumara Indians in minimal sandals versus conventional running shoes, which analyzes how it affects the use of conventional shoes ( Westerners) to individuals of the Tarahumara people accustomed to using sandals.

Other societies that have not received Western influences on footwear and move barefoot or with minimalist footwear are:

- The New Zealand people, from the island of New Zealand. Culturally it is very typical not to wear shoes, this custom comes from school since there are schools throughout the country that recommend going barefoot.

- Thousands of people in Africa and Asia, keep alive the culture of walking barefoot or with minimal footwear.

Knowing other cultures opens our minds and makes us reflect on our customs. Science is clearly revealing the importance of the problem of hallux valgus. My opinion is that the solution is to carry out a cultural reset and change the standards of beauty or elegance of footwear.

How can shoes that deform our feet be considered beautiful? This question should be asked by many Western people, as many people in China have been asking about the "lotus feet" or in the Kayan ethnic group with the "giraffe women". Beauty should lie in keeping the foot as healthy and functional as possible.

Small actions like trying to go barefoot as long as possible or prioritizing barefoot/minimalist footwear instead of the current conventional ones can help to achieve this.

Without a doubt, barefoot/minimalism can be the engine of a cultural change! 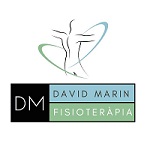