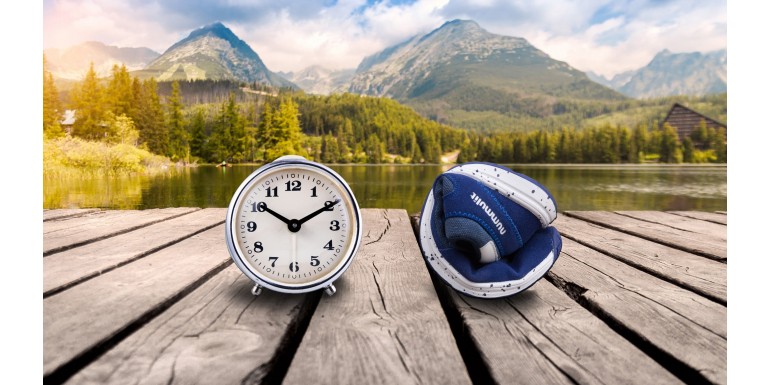 The practice of setting the clock back 60 minutes in winter and advancing it in summer became common in 1974, after the first oil crisis, with the intention of making better use of sunlight and consuming less energy.

Currently less than 40% of the countries in the world adjust the time, although more than 140 have applied the time change at some time in the past. Europe stands out where practically all countries change their time twice a year.

However, in recent years there has been a debate on whether to abolish the time change forever and opt for a fixed one. A step that the United States has now taken where the Senate has unanimously approved maintaining the summer time from November 2023.

In July 2018, the European Commission launched a consultation in which 4.6 million Europeans voted on the time change. 84% of those surveyed voted in favor of eliminating this habit.

However, in Spain, it is not expected that the time change will end in the short term since on Tuesday, March 15, the "calendar for the summer time period corresponding to the years 2022 to 2026".

Why is the time currently being changed?

The main reason for the time change is energy saving. Among the most optimistic opinions is that of the Institute for Energy Diversification and Saving (IDAE) attached to the Ministry of Ecological Transition, which ensures that the time change can reduce household energy bills by up to 5%. in Spain, which would mean a saving of around 300 million euros per year.

From a health perspective, the change of time supposes an unexpected and sudden disruption in the sleep routine and activities to which our body is accustomed. That is why many specialists warn us of its negative effects.

The American Academy of Sleep Medicine (AASM) issued a statement asking to completely cancel the time change as they have evidence of impacts on cardiovascular health and mental health, causing strokes and atrial fibrillation, medication errors, traffic accidents, etc.

The International Journal of Environmental Research and Public Health, which analyzed data between 1970 and 2018 in Vienna, Austria, identified a total increase in mortality of 3% during the week following the daylight saving time change.

According to Rafael Pelayo, a sleep specialist at the Stanford Sleep Medicine Center (United States), our bodies take days to adjust to an altered sleep schedule. "Even if you only sleep an hour less, it takes about five days to get back in sync."

Circadian rhythms affect most living beings and are the physical, mental and behavioral changes that respond, mainly, to the light and darkness of the natural cycle of a 24-hour day.

Thus, changing time produces a mismatch between the external signals we receive (light, temperature, etc.) and the internal ones (circadian rhythms regulated by biological clocks). This temporary desynchronization causes symptoms similar to those of jet lag: general tiredness, sleepiness during the day, irritability, difficulty falling asleep at night, lack of concentration, decreased physical and intellectual performance, feeling hungry at unusual times or , on the contrary, lack of appetite.

Tricks to minimize the effects of the Daylight saving time change

If you're often affected by the time change, these tricks can minimize its impact on your health and help you make a transition to daylight saving or winter time more manageable:

- Anticipate: In order not to change your sleep routine so suddenly, the previous days you can go to bed and get up fifteen minutes earlier (or 15 minutes later, if the change is towards winter time). In addition, delaying or advancing your mealtime will also help your stomach to adapt better.

- Avoid stimulants: Drinks such as coffee, tea, alcohol or any exciting drink will hinder falling asleep, especially if you take it in the afternoon. In the same way, computer, mobile or tablet screens emit a light that excites us and you should avoid them in the last hours of the day.

- Do not carry out demanding activities: In order not to accumulate more fatigue, on the weekend of the time change, avoid carrying out activities that require a lot of physical or mental effort.

- Practice moderate physical exercise: To prepare for the time change and for life in general, exercise your body in order to improve your physical and mental state. Preferably in the morning, or at least not before bed.
A good idea is to take walks (in good company, better) with comfortable and suitable footwear, such as the minimalist Nummulit sneakers, ideal for visiting every corner of your city or going out to breathe in nature.